Hitting the Sweet Spot in Discipleship

Mike Breen and Steve Cockram, in their book Building a Discipling Culture, describe two fundamental elements of the way Jesus made disciples.

1. Invitation. Jesus was inviting and supportive of his followers. They knew he loved them. They knew he believed in him. He affirms and blesses Peter when Peter acknowledges that he is the Messiah.

2. Challenge. Jesus does not expect that his disciples will stay where they are. He expects them to grow. He calls them out on their B.S. He challenges them. He loves them too much to allow them to stay the same. Jesus calls Peter out – saying “Get behind me Satan!” – when Peter attempts to rebuke him about submitting to death at the hands of religious and political leaders.

Both of these elements are essential to leadership. Breen and Cockram submit that discipleship is subverted when one or both is missing.

Invitation without challenge produces a cruise-ship, chaplain culture. Sin and brokenness hang around without confrontation. Participants fail to make deeper commitments to spiritual growth. “Come just as you are (and stay there).”

Challenge without invitation produces a stressful, discouraging culture. “What we’re doing is not good enough!” “We need to do more!” Participants begin to wonder if the people leading see them as anything more than a means to accomplish an end.

Lack of both invitation and challenge produces apathy. “Who cares? We don’t.”

The sweet spot in leadership and discipleship is a combination of both invitation and challenge. 3DM calls this “Empowered Culture.” “God loves you and so do I” is heard right alongside “God wants more from us; he is calling us deeper.”

It’s a culture in which the role of prophet (challenge) and pastor (invitation) co-exist together in unity. 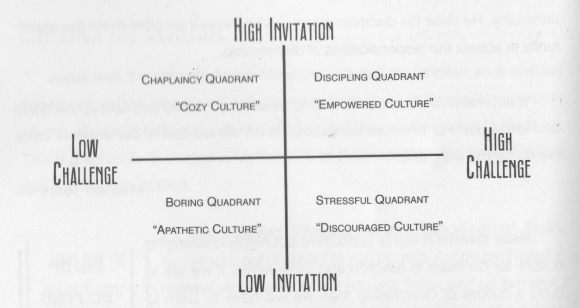 From Building a Discipling Culture by Breen and Cockram, p. 12

Moment of confession. About two years into our church planting work with Storyline, I realized the culture we had created was High Invitation / Low Challenge – the “Chaplaincy Quadrant.”

In an effort to reach out to our broader community in a non-judgmental way, we avoided most talk of commitment and challenge. Those who seemed particularly interested we invited deeper into community and leadership, but even then without a foundation from which to challenge and “hold their feet to the fire” of spiritual growth. We lacked any sort of communal sense of covenant. We failed to develop a way for participants even to give permission to be challenged in their walk with Jesus.

My leadership coaching was also mostly invitation and seldom challenge. If I could sum up my coaching posture: “Whatever you want to do, I’ll support you and equip you in it. If you don’t want to do it, that’s fine, too.”

The results: We began to spin our wheels in mission. A relatively small number of people were actively living out the lifestyle of Jesus. Some not-yet Christians in our community stalled out in their journey toward Jesus. Hospitality and justice work began to sputter.

These results set us on a journey to learn how to form a culture that had a place for both invitation and challenge. We’re now moving – even if gradually – from the cozy culture to the empowered culture. Our newly developed communal lifestyle and coaching groups are the best examples of our movement in this direction.

My coaching posture is evolving into: “What is God saying to you? What are you going to do about it? Go do it!” And if necessary: “Why haven’t you done it?” Breen and Cockram describe it as an environment of “high accountability and low control.”

It’s often assumed that a “Culture of Grace” is devoid of challenge. Such an assumption is a seed of the consumer-Christianity mess in which we find ourselves.  Paul says “we work out our salvation with fear and trembling as God works in us” (Philippians 2:12-13) and that “the grace of God teaches us to say ‘no’ to ungodliness….” (Titus 2:12). Grace is inherently challenging. The grace of God challenges us to respond to it, not in ways that seek to earn favor with God, but in ways that honor the gift that has been given.

What about you? Which quadrant best describes your church culture? Your leadership?

3 responses to Hitting the Sweet Spot in Discipleship 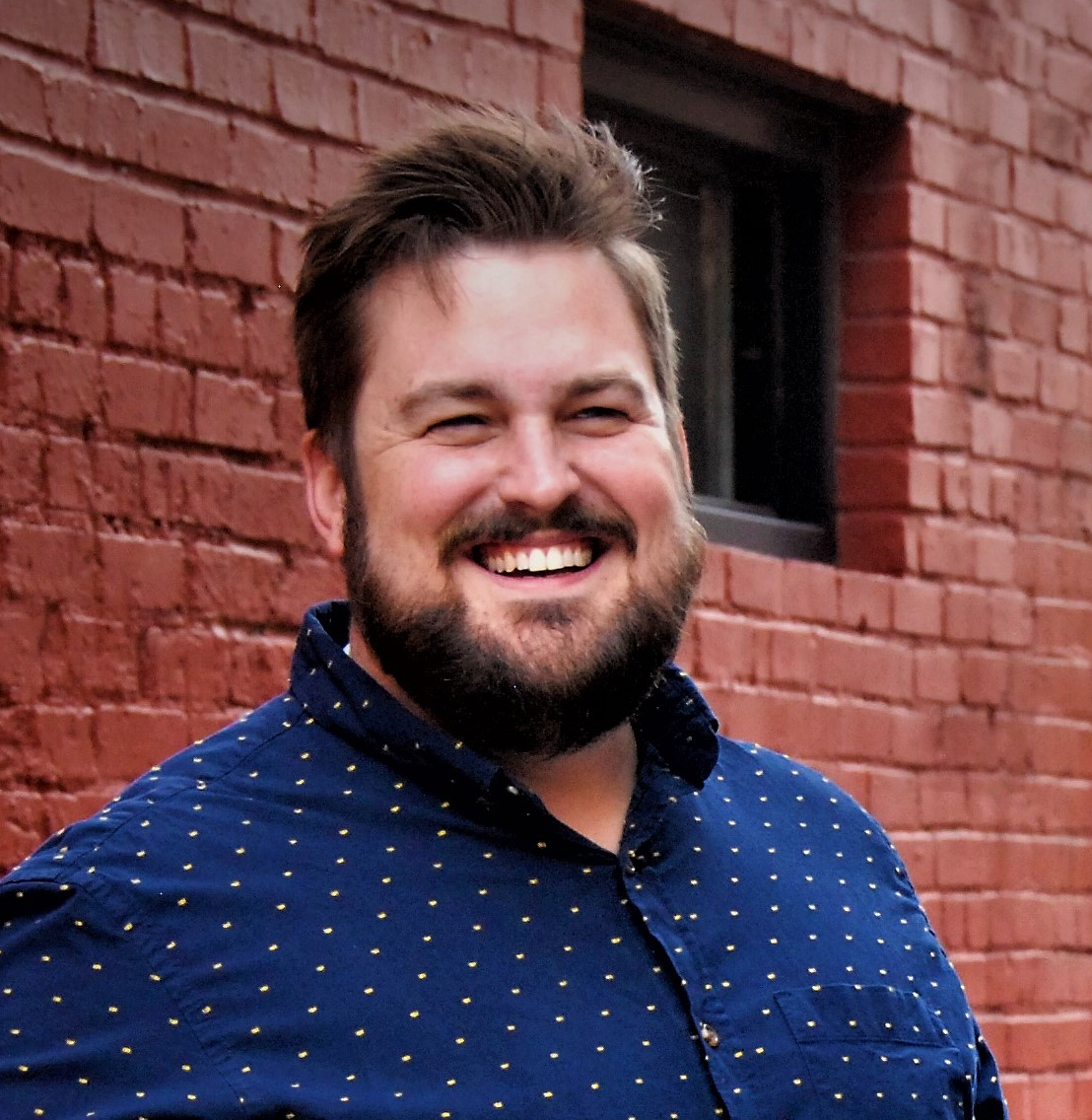